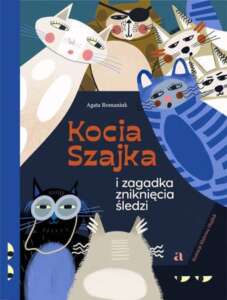 The illustrator is a finalist for The Illustrators Exhibition 2022 held during Bologna Children’s Book Fair.

THE CAT SQUAD – once a feline criminal group and initially the main suspects in the cases. Now, however, modern detectives from Cieszyn. They use the cat’s Internet to solve puzzles, searching CatTube and Catstagram.
They live in a very pleasant basement, are no longer interested in crimes, and prefer to deal with crimes from the theoretical point of view (especially as they are regularly pampered by one of the tenement’s inhabitants). However, the criminal past of the cat group will prove invaluable in the investigation that will lead the mustachioed detectives to discover who is really behind the mysterious cases that happen in the city. 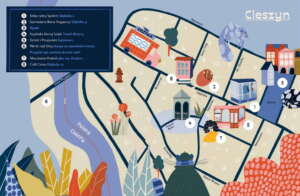 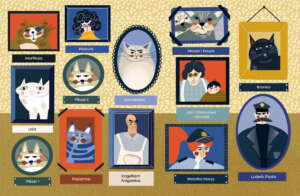 Vol.1 CAT SQUAD and the mystery of the herring’s disappearance.

A banquet is being prepared in the town hall in Cieszyn, and its attraction is to be the herring sandwiches famous all over the city. Meanwhile, there is a break-in in the fish shop on Głęboka Street. All herring disappear … Commissioner Ludwik Psota and policewoman Walerka Koczy immediately enter the action to solve the mystery and catch the criminal. The case is not simple. Unfortunately, they still come across false leads, which are additionally hampered by the lack of obvious traces at the crime scene. Only Cat Squad, led by Commando himself, a former officer of the cat special forces, can help. Can they find the thief and save the town hall party? 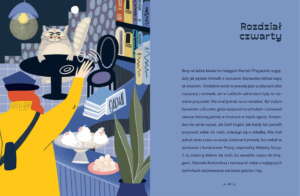 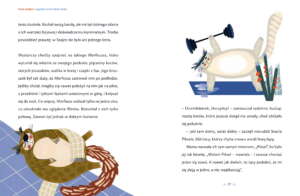 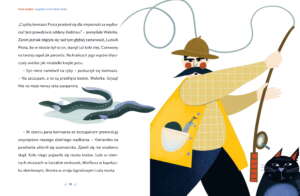 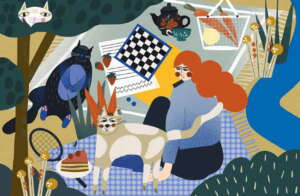 One warm April afternoon, an unknown subject breaks the ear of a pink deer that decorates the castle hill in Cieszyn.
Anatol Szalbot, the owner of a local cafe, is devastated. A deer statue has attracted crowds of his clients for years. Who was the scoundrel? Will the pink magnolias trail help to solve this mystery? Two members of the Cat Squad, Lola and Strawberry, are entrusted with the investigation. 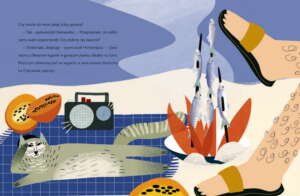 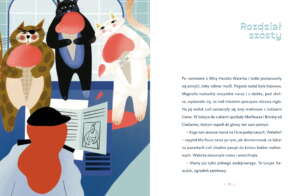 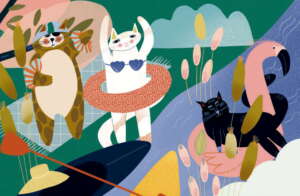 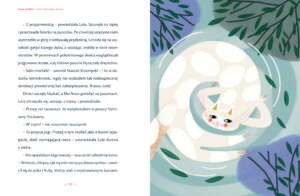 Winter has come in Cieszyn. The postman, Maurycy Moiczek, stands on the bridge over the Olza River and admires the ice floes. Suddenly he feels a blow. Someone overturns his bicycle and rips off his bag of letters. The aspirant Walerka Koczy knows that the matter is delicate. The attack happened on the Polish-Czech border. The Cat Squad and the Czech cat Maly Jižik are called to help in the investigation. The questions keep multiplying. Why was only one letter missing from the bag? Who was interested in it? And will it be possible to recover it before the upcoming Christmas Eve? 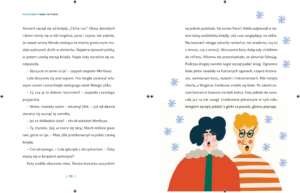 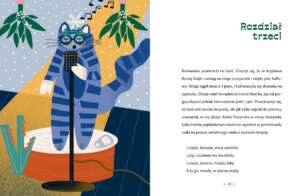 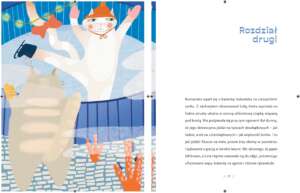 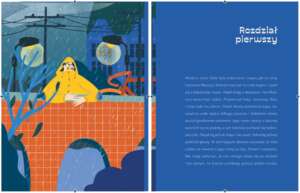