Finalist of Ferdinand the Great Award 2021 by Cracow, The UNESCO City of Literature

The illustrator is a finalist for The Illustrators Exhibition 2022 held during Bologna Children’s Book Fair.

What were the last words of Emperor Augustus?

Which Roman leader is quoted by an American rap musician?

The book makes the readers aware of the fact that the Latin language is hiding everywhere – in our wallets, cities, and everyday conversations. The book also allows us to get immersed in this extraordinary era when scholars would die for science, and a fig could become a reason to start a war.
The author quotes ancient leaders and scholars, tracks down Latin aphorisms on building facades and in states’ credos, discloses truths of life, and good advice hidden in ancient works. She reminds us about what the ancients had to say about medicine, time, money, and death. 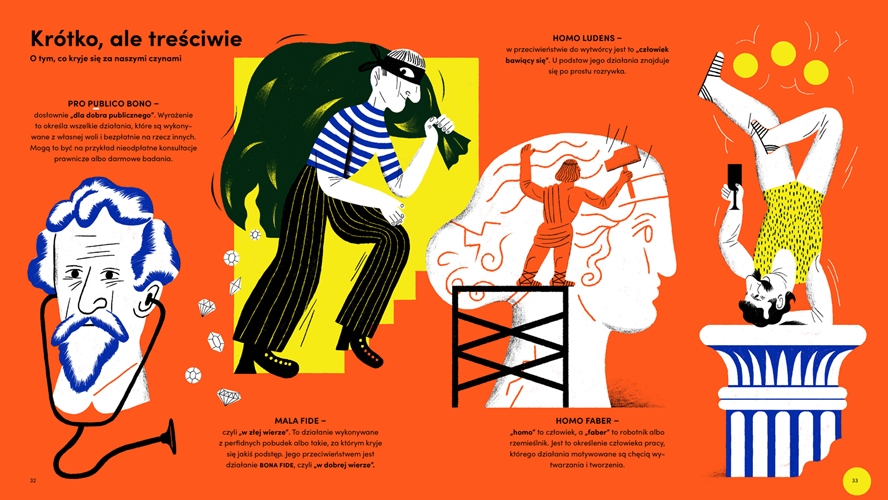 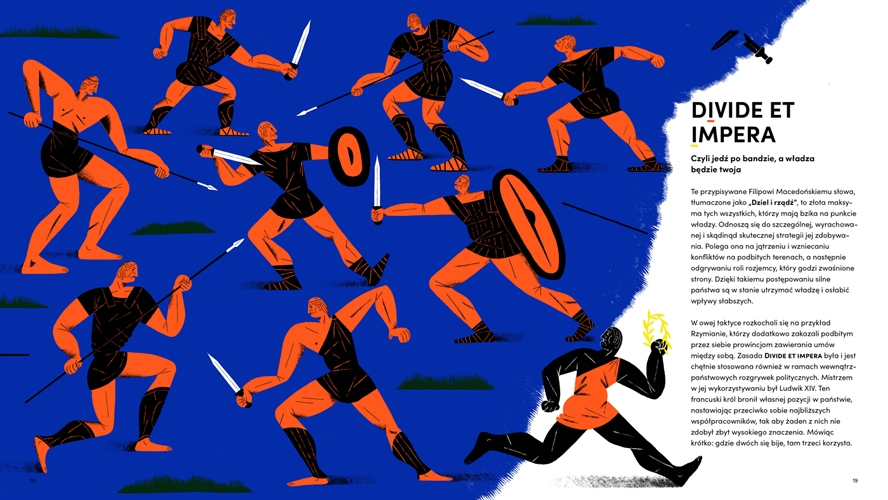 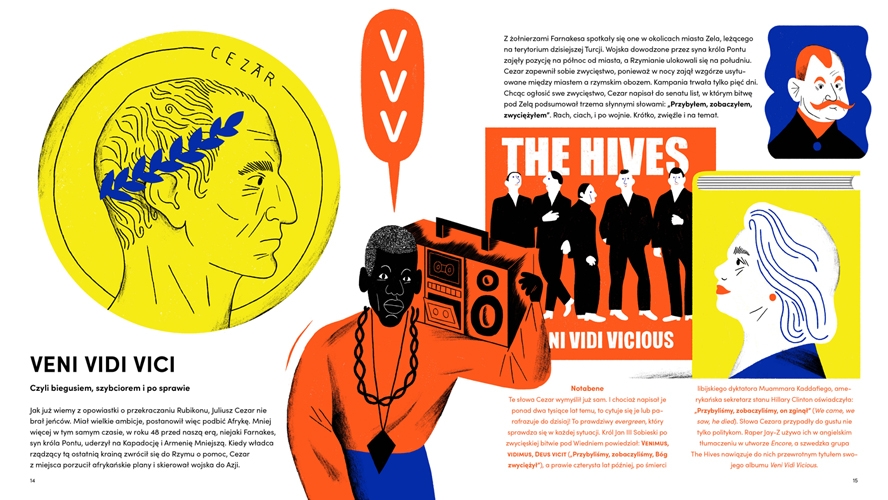