The shameful history of panties for almost adults

Nomination for Best Children`s Book 2015 at the Children’s Literature Festival.

It is possible that the story of panties banal to you and well known, or maybe you think that in relation to this embarrassing topic nothing interesting could happen?

Be sure that you read this book in one sitting. Isn’t intriguing that the man since his origins as Homo sapiens was more likely to go without pants?

The history of underwear is as long as the history of our civilization. From Antiquity through the Middle Ages, up to modern times, our outfits have evolved with changing needs and worldviews. By reading this book and getting to know people and their underwear, you will follow the exciting storyline, incredibly stretched in time, full of colorful characters and unexpected turns of action, and so entertaining!

The history of panties is not a detailed encyclopedia or a compendium of knowledge, but a neatly written story of a garment, focusing on the most expressive and surprising facts. Underwear nowadays is so common that few people are wondering about its origin. The author – through many brilliant anecdotes – gives the reader a large dose of knowledge, but at the same time she leaves some things unsaid and encourages curious readers, to do their own research.

In addition to information on space underwear, the largest, most expensive or oldest in the world, she explains why wearing underwear at some age was a sign of scandal. You can also find out what fascism had in common with nudism, and bikinis with nuclear weapons. 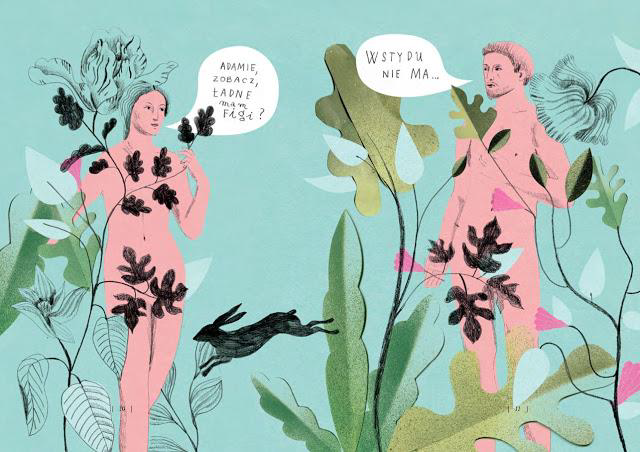