PIKOTEK wants to be discovered

The book tells the story of a nonexistent animal (Pikotek), who dreams to be discovered.
He travels through the forest, meets a lot of animals, and asks each one if they ever met anyone like him. Every animal he meets can see something different in him, but something already known: a bear, a bat, or even a flower. At the same time, in the background, the life of the forest continues, shown in twelve other stories (connected to other animals, for example, a fox, a lynx, a bear, wild boar, or hare) which can be followed independently. It is something in-between a silent book and a cartoon. All of the communication is carried out in the form of pictograms hence the book is understandable for younger children, while an older reader will easier relate to the book’s humour.

In terms of graphic design, Pikotek has a form of seven meters long Leporello (accordion book), which is just one picture. The book consists of twelve spreads connected to the front cover, where everything starts. You can read it like a typical book, page after page, but if you have enough space you can also stretch it on the floor and follow the adventures of Pikotek and other characters on your hands and knees. 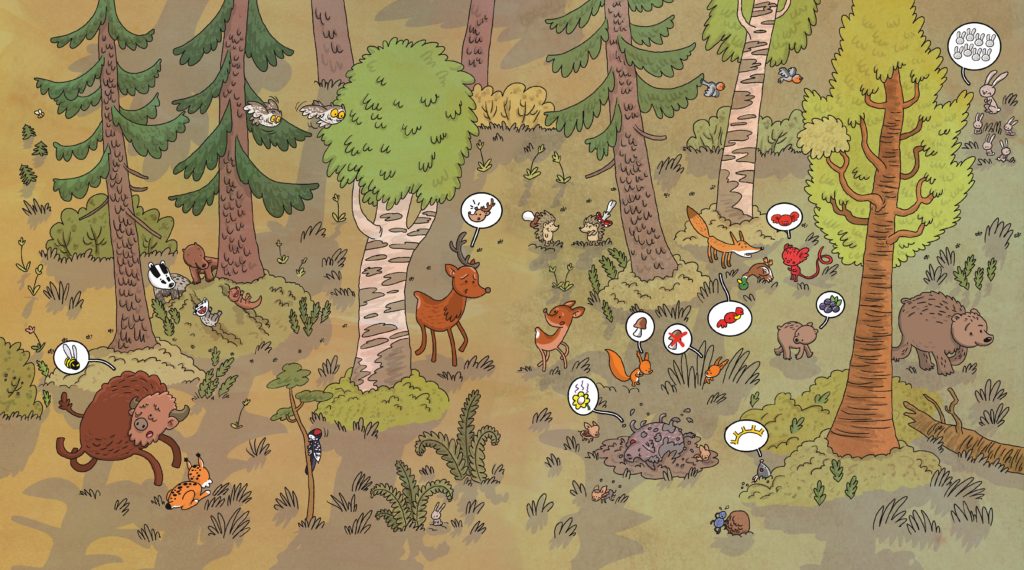 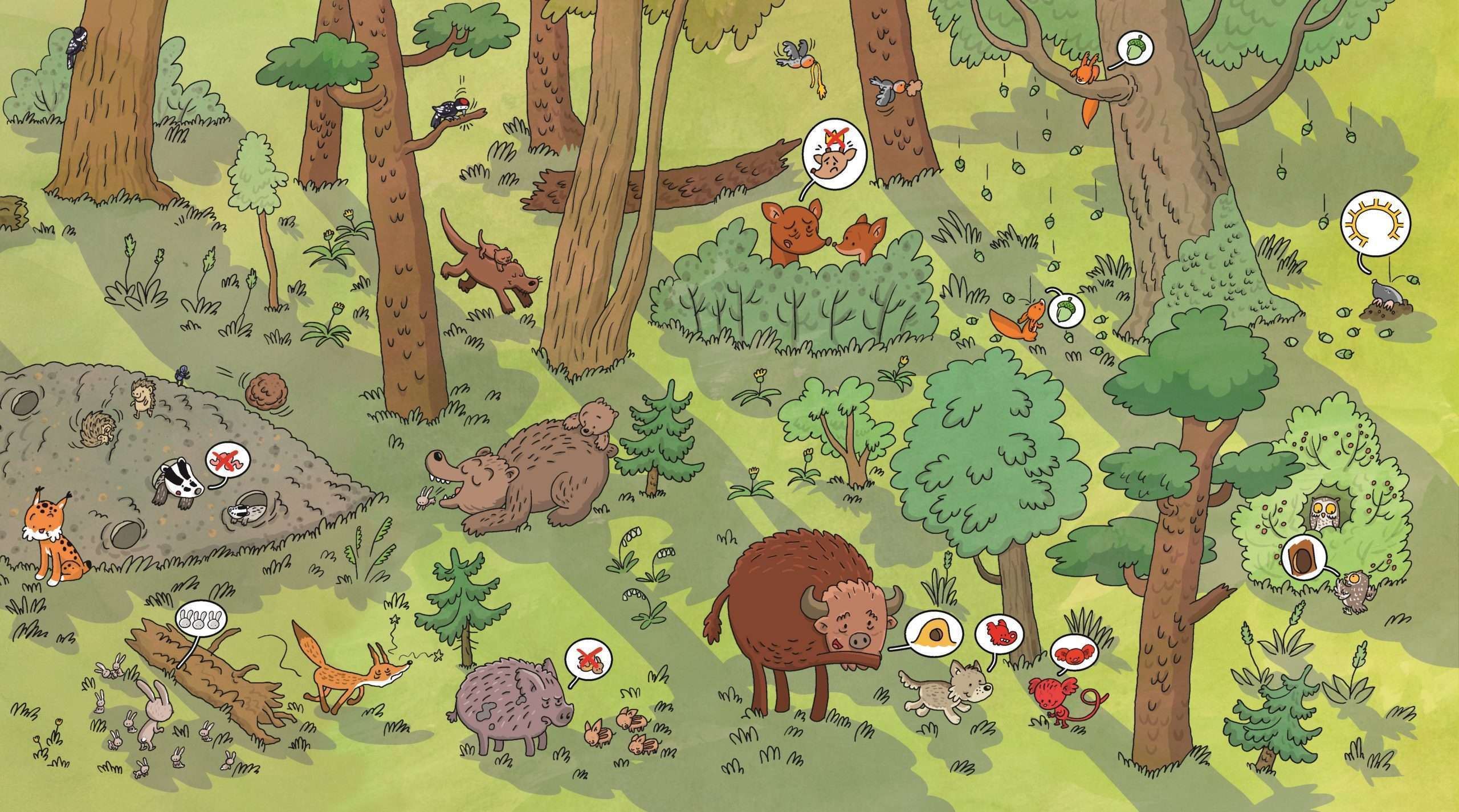